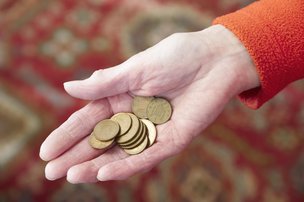 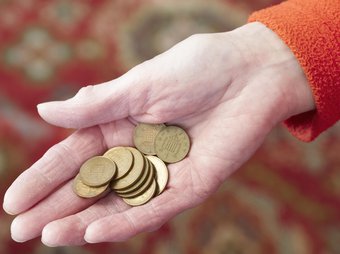 Most people plan for retirement and put money aside in various pension pots. It is however far less common to plan for the cost of long-term care, be it at home or in a care home environment.

Perhaps this is because we are a nation of optimists and do not want to plan for something which may or may not be required. It can also be very difficult to plan for; the need for immediate long-term care can occur over-night without warning.

What is a Care Needs Annuity?

In its most simplistic form, a Care Needs Annuity, also known as an Immediate Needs Annuity, is an insurance policy. For an initial up-front investment, the annuity guarantees that your ongoing care costs are covered.

Top Tip: Before purchasing an annuity make sure there are provisos in place which account for increases in your ongoing care costs either due to an increase in care needs or the provider's costs.
Most care providers raise their fees between 2-5% above inflation at the start of the new tax year.

Who is a Care Annuity for?

A Care Fees Annuity is designed for people who require long-term care either in their own home or within a residential care home. If your care needs are only temporary then it is not advised to invest in an Annuity.

A Care Annuity requires an initial lump-sum cash investment. Commonly, Care Annuities are purchased by the families of people with long-term care needs after the sale of their home/estate.

What is the cost of a Care Annuity?

The two main bearings on cost are:

When is a Care Annuity not the right course of action?

If you have long-term care needs and have funds of less than £23,250 you will be eligible for some level of Local Authority funding, see here for further information; it may also be useful to you to find out what benefits you are entitled to.

**Please note that from October 2023, the funding thresholds will be changing so that anyone with assets between £20,000 - £100,000 will be eligible for part council funding**

Similarly, if you have long-term or short-term nursing needs you may be eligible for Continuing Healthcare funding (CHC). Find out more about the types of funding available to people requiring nursing care here.

The following case-studies have been shared by FCA regulated Financial Advisers, Flying Colours. Their SOLLA accredited care fees experts have been successfully advising older people and their families for many years on how best to pay for care.

After many years of being cared for by her daughter Carol, Ruby a retired teacher, aged 87 and suffering from dementia, entered a dementia specialist care home costing £42,000 per annum. At the time of going into care she had savings in her bank totalling £180,000 having previously sold her home when she moved to live with Carol. She also had an income from her state pension and teacher’s pension of £18,700, which left an overall shortfall to find of £23,300. Now that Carol could no longer provide the care that Ruby needed, she just wanted her Mum to get the best possible care for the rest of her life. Carol’s own financial circumstances meant that she would not be able to “top up” mum’s fees if her money ran out.

The Flying Colours Solution; Carol’s Financial Adviser immediately identified that Attendance Allowance could be claimed at the higher rate thus reducing the shortfall by £4,321 to £18,979. Following a detailed report outlining various options Carol decided to purchase a “Care Fees Annuity Plan” for her mum for a capital outlay of £104,384. This provided Ruby with an additional guaranteed ‘tax free’ income of £1,582 pm increasing by RPI for the rest of her life. With the shortfall taken care of and allowing for a small cash fund for incidental expenses, this meant that the majority of Ruby’s remaining capital (£70,000) could safely be placed into a tax efficient, low risk investment arranged to help see it grow.

John, aged 82 a widower was enjoying an active retirement including a pint in his local pub until sadly he contracted Motor Neurones Disease. Determined to stay at home for as long as he could, he arranged to live on the ground floor and finance various home adaptations. His homecare costs amounted to £35,000 per annum, which could only be partly met from his income leaving a sizeable shortfall to find of £18,000.

The Flying Colours Solution; John was advised to claim attendance allowance and to fund his shortfall he chose a care fee payment plan increasing by 5% annually at a cost of £48,000. Eighteen months later his health further deteriorated and he had to move into a local nursing home. No extra outlay was needed because the tax free care plan income with his NHS nursing contribution was adequate to meet the cost. His house was later sold and the proceeds invested for growth into a range of low risk investments. At this point in time John had spent over £42,000 on his care costs but his remaining assets have the potential to continue growing steadily to provide the inheritance he wishes to leave his two sons.

For free, help and support shortlisting Care Services near you, please get in touch today.