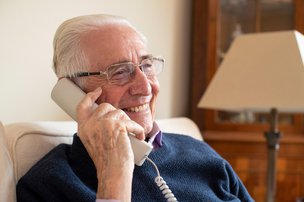 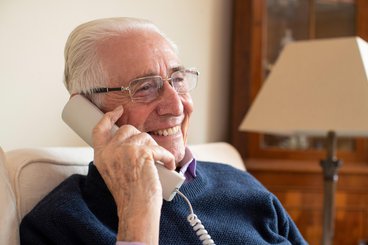 It goes without saying that older people have been particularly affected by the Covid-19 pandemic.

The Office for National Statistics has issued an insightful report (published 22 June 2020) on coronavirus and the social impacts on older people in Great Britain. We have pulled some key facts which can be seen below!

1.  "Among people aged 60 years + who were worried about the effect coronavirus was having on their lives, their main concerns were being unable to make plans in general (64.5%), personal travel plans such as holidays (53.4%) and their own well-being (51.4%)."

2.  "Staying in touch with family & friends remotely was the main way those aged 60 years + said they were coping whilst staying at home, followed by gardening, reading and exercise."

3. "Those aged in their 60's and 70's were equally as likely as younger age groups to say that exercise was helping them to cope."

4. "People aged in their 60's and 70's were more likely to have checked on neighbours who might need help three or more times."

5.  "People in their 60's are the least optimistic about when life will return to normal, with more than 25% thinking it will take at least a year or will never return to normal."

7.  "Around 1/5 of those aged 60 years + who were worried about the effect the coronavirus was having on their life said that their relationships had been affected."

8.  "In the period 3 April to 10 May 2020, those aged 60 years + reported higher average well-being scores on life satisfaction, feeling the things they do in their lives are worthwhile than those aged under 60 years."

9. "Older people were less likely to say watching TV, films or using streaming services were a way in which they have been coping."

10. "Of those aged 60 years + who said their finances had been affected, 28.8% said pension values were being affected by economic instability."

Please contact our team of Care Advisers for free support with finding care near you!