Skip to navigation | Skip to search | Skip to content | Skip to footer
Home / Help & Advice / What are the Most Common Types of Dementia?

What are the Most Common Types of Dementia? 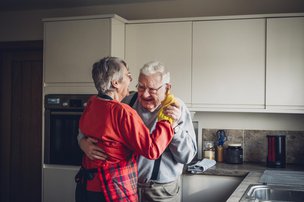 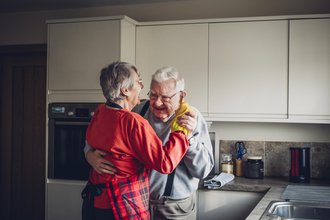 Dementia is a word used to describe a group of symptoms that occur when brain cells fail to function as they should. There are over 400 types of dementia, however, you can read about the 5 most common types below.

5 Most Common Types of Dementia

What is it? A disease that causes dementia and becomes more common with increasing age, with most people developing the disease being over 65. However, it is also possible in rare cases for people under the age of 65 to develop Alzheimer's. Alzheimer's is the most common disease to cause dementia and accounts for 2/3 of dementia cases in older people. It is a progressive disease meaning that it can take years for a person to develop symptoms.

What causes it? Alzheimer's develops when changes happen in the brain, more so than those associated with usual ageing. The build-up of two proteins, amyloid & tau, is the leading change. The progressive nerve damage caused by the build-up of these proteins in the brain leads to the symptoms of Alzheimer's.

What are the signs? The very first signs are likely to be slight memory problems. Yet as the disease gradually progresses, a person may experience disorientation in familiar surroundings, speech & language difficulties, personality changes, incontinence, hallucinations and trouble with their mobility.  "51% of people don't know Alzheimer's starts decades before any symptoms emerge." according to Alzheimer's Research UK.

How is it diagnosed? To find out how Alzheimer's is diagnosed, please refer to our article "5 Step Guide: How to get a Dementia Diagnosis".

How is it treated? Unfortunately, there is not currently a cure for Alzheimer's disease but the symptoms can be managed with medication, making adjustments to the home & psychological treatments.

What is it? Vascular dementia stands as the second most common cause of dementia and causes 20 in every 100 cases. It is even possible for a person to have both Alzheimer's and Vascular dementia which is referred to as 'Mixed Dementia'.

What causes it? The leading contributor to vascular dementia is ageing with the majority of cases being over the age of 65. This type of dementia exists when blood vessels in the brain become damaged, in turn reducing blood flow to the brain and reducing the functionality of the blood cells. Vascular dementia can either develop gradually or display rapidly.

What are the signs? Confusion, difficulty with concentrating, personality changes, slowness of thought and difficulty balancing are all symptoms of vascular dementia.

How is it diagnosed? To find out how vascular dementia is diagnosed, please refer to our article "5 Step Guide: How to get a Dementia Diagnosis".

How is it treated? Sadly there is not a current cure for vascular dementia and we are unable to recover brain cells lost before diagnosis. There are, however, treatments that can help to slow down the progression of vascular dementia including maintaining a healthy diet, medications & a reduction in alcohol consumption. Other treatments may include physiotherapy, psychological therapy and occupational therapy.

What causes it?  The cause of dementia with Lewy bodies has not been confirmed to date, but scientists are working hard on discovering a cause.

How is it diagnosed?  To find out how dementia with Lewy bodies is diagnosed, please refer to our article "5 Step Guide: How to get a Dementia Diagnosis".

What is it? Frontotemporal dementia is the name given to the type of dementia that effects the frontal lobes of the brain which are found behind the forehead and control our speech, emotions & problem-solving ability and the temporal lobes on either side of the brain which deal with the names of objects, the meaning of words and recognition of faces.

How is it diagnosed? To find out how frontotemporal dementia is diagnosed, please refer to our article "5 Step Guide: How to get a Dementia Diagnosis".

How is it treated? As it stands, there isn't a cure for frontotemporal dementia but there are ways of managing the symptoms. The most common methods of treatment are through medication & therapies such as speech and language therapy and occupational therapy.

What is it? It is a condition where an individual has mild problems with their cognition such as their memory and thinking. A person who has this condition will be less able in these areas than usual for a healthy person of their age, but the condition is not so bad that they would interfere significantly with their everyday life.

What causes it? A definite cause has not been found for MCI but scientists have been able to link the condition to enlargement of the brains fluid-filled spaces, shrinkage of the hippocampus which is a brain region important for memory and a reduced use of glucose in key brain regions.

What are the signs? Increased forgetfulness, losing train of thought frequently, feeling overwhelmed when faced with a decision, poor judgement and low mood.

How is it diagnosed? To find out how MCI is diagnosed, please refer to our article "5 Step Guide: How to get a Dementia Diagnosis".

How is it treated? Unfortunately, there is no current treatment available for MCI, but scientists are busy trying to change this.

"Every 3 minutes someone in the UK develops dementia."

If you have a loved one who is living with dementia and you feel that it is the right time to begin looking for care, TrustedCare can help you. We provide complimentary support to individuals who are trying to find the ideal care home, nursing home or home care service. As well as shortlisting care services on your behalf, we can also arrange visits and offer expert help & advice. Please don't hesitate to get in touch today!

Are you looking for dementia care near you? TrustedCare is here to support you!