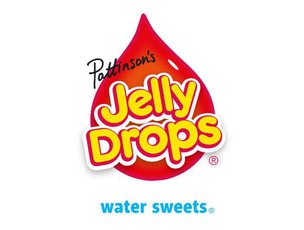 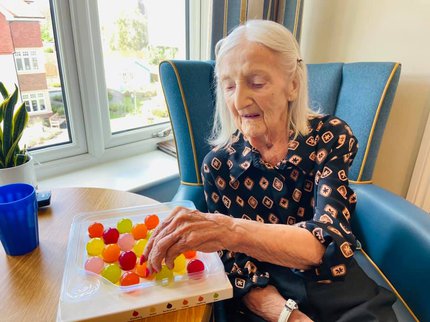 Have you heard about Jelly Drops' water-based treats, invented with dementia in mind?

Jelly Drops are treats designed to boost water intake. The bright, engaging drops can help people maintain their fluid intake, independently and enjoyably! They’re 95% water, sugar-free (with no laxative effect), vegan, and contain natural flavours and non-artificial colours – so you can eat as many as you like!

20% of older adults in residential care have low-intake dehydration" 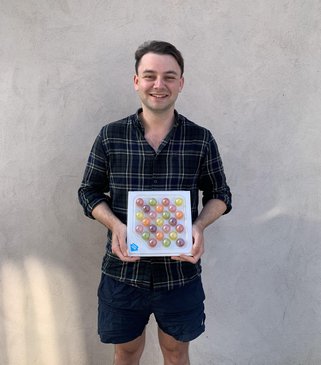 What is the story behind Jelly Drops?

Launched in 2020, Jelly Drops were invented by Lewis Hornby (pictured to the right), a Design graduate from the Royal College of Art and Imperial College London. He came up with the idea of Jelly Drops in 2018 when his late Grandma Pat, who had dementia, was admitted to hospital with severe dehydration. Fortunately, after 24 hours on IV fluids, she made a full recovery but Lewis was shocked that something as simple as not drinking enough could have such a huge effect on her health. Looking into the problem further, he realised this situation wasn’t uncommon, unfortunately for the 50 million people living with dementia, dehydration is a huge problem.

Lewis wanted to help, so he started by speaking with dementia psychologists. He learnt that many people with dementia don’t feel thirst, don’t realise drinking would quench their thirst, don’t recognise cups or don’t have the dexterity to use them. To gain a better understanding of the problem,  he lived in his Grandma’s care home for a month. The confusion around drinking was clear, with some residents sometimes putting food in their drink or pouring the drinks away.

With drinking being such a problem, he started to focus on eating habits, and here he found much more independence, particularly with finger foods. Even still, it was difficult to get people with dementia to engage with their food… unless he offered them a sweet! Usually when he’d walk around the care home most of the residents would ignore him (which is fair enough!), but if he had a tray of sweets in his hand they’d all light up and take a handful. That's what gave him the idea to create Jelly Drops!

Jelly Drops are sweets made of 95% water with added electrolytes. He made them bright and colourful to attract attention while the firm texture and teardrop shape makes them easy to handle, allowing the elderly and those with dementia to boost their water intake independently and with dignity. He designed the tray to look like a normal box of treats. It was really important that the solution was stigma-free, and that Jelly Drops are sweets that anyone can enjoy, they just happen to be designed with people living with dementia in mind.

Watch Lewis' Ted Talks video to the right if you would like to find out more about his story!

37% of older people acutely admitted to hospital are dehydrated." 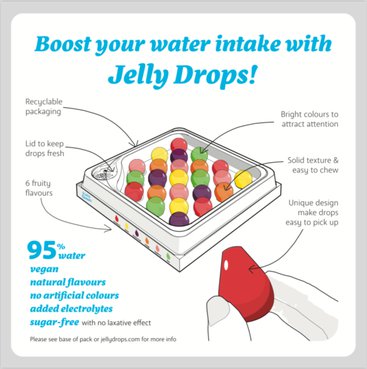 Jelly Drops contain 300ml of water per tray. A tray can be snacked on throughout the day and can make a significant impact on a person's fluid intake.

Jelly Drops are eye-catching with their bright colours, come in 6 different fruity flavours to tantalise the taste buds and are designed in a drop shape that makes them easy to grip for older people with motor problems.

The treats are made with natural flavourings and colourings with no added nasties!

Jelly Drops are very reasonably priced and can be purchased as a one-off or on subscription (more information in the Jelly Drops FAQ!) 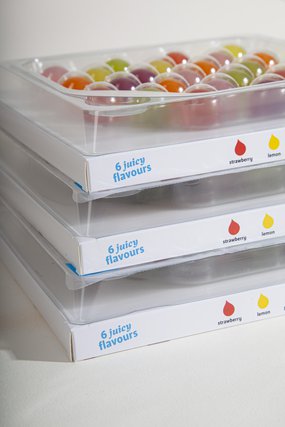 "I'm interested in Jelly Drops for my relative who has dementia, where can I purchase them & what are the payment options?"

Jelly Drops are currently exclusively available to purchase on the Jelly Drops website. There are 2 options you can choose from when buying Jelly Drops: 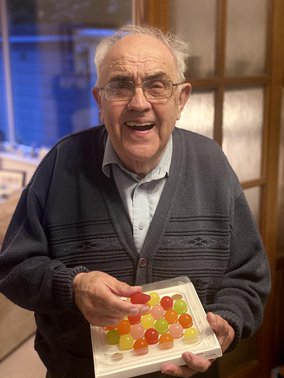 "I would like to buy Jelly Drops for my relative, but are they suitable for everyone?"

Jelly Drops have worked hard to make Jelly Drops suitable for all kinds of dietary requirements and healthcare conditions, and are pleased to say that their sweets are vegan-friendly, gluten-free, sugar-free, tree nut-free, peanut-free, soy-free and dairy-free.

Precaution that needs to be taken: 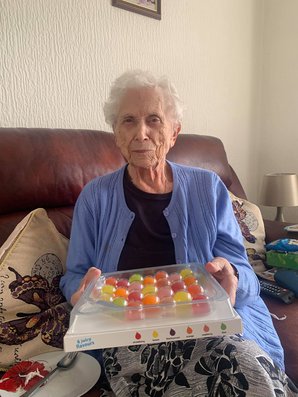 "I am thinking about subscribing to receive Jelly Drops regularly, are there different frequency options?"

If you would like to subscribe (good choice by the way!), it's recommended that you consider how often you would like to receive deliveries based on how quickly you think your loved one will get through 7 trays of sweets. 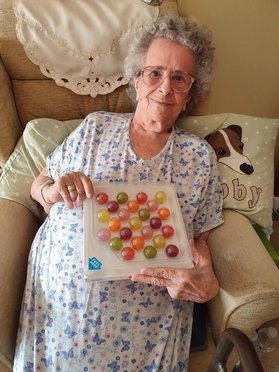 "If I decide to subscribe and receive Jelly Drops regularly, will I be tied into a fixed contract?"

Jelly Drops appreciates that your needs may change and therefore, subscription plans are completely flexible and you are free to amend or cancel at any time.

Via the 'My Account' section on Jelly Drops' website, you can select 'Manage Subscriptions' and then 'Delivery Schedule' to view all upcoming deliveries. Here, you can choose to skip deliveries where they are not required

If you wish to cancel your subscription, this can easily be actioned but navigating to the 'My Account' section, clicking 'Manage Subscriptions' followed by 'Subscriptions' and selecting 'Cancel' on your next purchase.

My Nan is 96, and although she has no diagnosis of Alzheimer’s or dementia or anything, she is quite forgetful and wobbly on her feet and prone to getting infections. She used to drink a billion cups of tea and coffee a day but not anymore. She loves the jelly drops and my mum who cares for my Nan says she leaves them on the table next to her and the colours catch her eye, so whenever she sees her looking at them she encourages her to have one and she really enjoys them! Finding something, anything to help in any way just a little bit is amazing, we’re so grateful for everything you guys are doing!

They are a massive hit with my Nan and she is now eating a box a day which is fantastic as we don’t have to worry so much about not drinking. they look great and she really enjoys them! (unfortunately, I can’t comment on the flavour as she is refusing to share them with any of us so I guess they must taste very good 😆) !! From the bottom of my heart, Thank you for such a great product.

I can't thank you enough for coming up with this. My mum wasn't diagnosed with Dementia till October 2019. For two and a half years we knew there were changes, and part of that was keeping hydrated. Many a time of infections and no energy, I saw about Jelly drops when it first appeared on Facebook and immediately kept watching your progress and of course ordered our first ones as soon as they were launched. She thinks she's being naughty because she thinks they're like York fruits but without the sugar. She's diabetic and it was really important to us that she felt she could have naughty things. We can't afford to do weekly subscription, mainly because she forgets occasionally she likes them, she'll eat 8-12 a day which has greatly improved her situation, which allows us to spread the cost slightly. She likes the flavours and finds them refreshing. We will continue to order as it's the best solution to nagging about drinking, she gets annoyed with this, so saying 'here have a jelly' and she'll eat what's in front of her.