How to Spot the Early Signs of Dementia 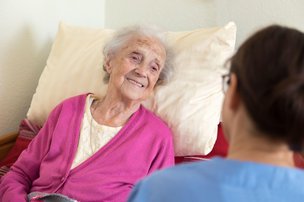 Author Bio: Jake S. Platt is 31. He has a master’s degree in marketing and currently started his way as a content writer for a professional research paper writing service. Wrote his first story at age 15, now he brings his decades of experience to inspire people to explore the world of marketing. 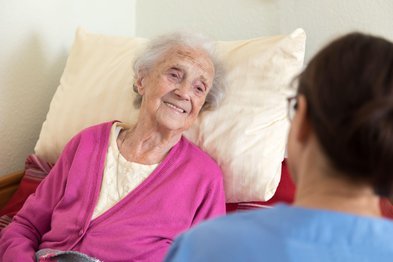 When not treated, dementia can be really difficult to live with. Not only does it affect one’s visual perception, but it also damages one’s language abilities and interferes with problem-solving skills. Biologically, dementia happens when brain neurons stop functioning. The connections between neurons are lost and the cells start dying.

Dementia most frequently affects elders age 85 and above but it could also affect younger people. Let’s see what the most common types of dementia are and then, how you can spot the early signs of it.

Dementia most frequently affects elders age 85 and above."

The Most Common Types of Dementia

1. Memory changes - Problems with short-term memory. People are no longer able to remember recent activities (e.g., what they had for lunch). They might also forget where they placed their items or when they entered a room, for example.

2. Difficulty speaking - Cannot communicate their thoughts properly anymore. They struggle to get the words out. Conversations are not easy to handle anymore but they’re becoming a struggle.

4. Apathy - People with dementia might lose interest in doing things they once enjoyed. They lose track of their hobbies and don’t feel like doing anything fun anymore. They don’t feel like hanging out with family or friends.

5. Confusion - People with dementia might no longer be able to remember someone familiar’s face or get them mixed up. They forget how to do things and misplace items all the time. They are no longer thinking straight and losing their memory.

6. Inability to complete normal tasks - Since their cognitive function is impaired, people living with dementia can no longer get things done the way they used to. They will have a hard time following new routines or learning new activities.

7. Not having any direction - Losing a sense of spatial orientation is common in people with dementia; also, not recognizing places they’ve been to or forgetting how to use directions they once knew.

8. Not following storylines - Listening to stories is difficult for people suffering from dementia, this is a very common symptom. Since they cannot track the words they use anymore, they’re having a hard time following someone else’s.

10. Cannot adapt to change - People suffering from dementia cannot adapt to quick changes or any changes in general. They fear it, in fact. Since they cannot remember what people have said or where they placed their items, they cannot do many new things (they’ll forget or might struggle). Trying new experiences is therefore difficult for them.

In case you spot some of the early signs of dementia in yourself or one of your loved ones, it’s time to see a doctor and make sure that your/their health stays on point.

We can support you with your search for care! Please get in touch today.