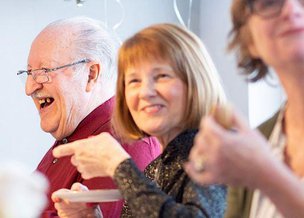 Did you know that nearly half of older people say that TV is their main source of company? 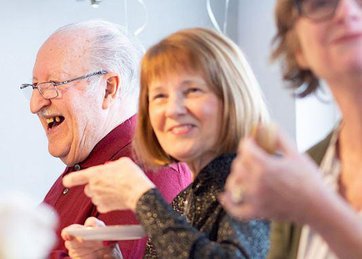 Re-engage (formerly Contact the Elderly) is a charity working incredibly hard to make a difference to older peoples' lives. They realise the mental and physical health implications of social isolation and loneliness and want to put an end to it.

What does Re-engage do?

Re-engage's aim is to bring as many older people together into social groups as they can. As people age, sadly they begin to lose friends and their social circles become smaller and smaller. Social groups offer elderly people a fantastic opportunity to form new friendships with people who are in a similar situation to them.

Re-engage arrange volunteer-led groups across the UK for older members of the community. The groups meet monthly for outings and meetings, encouraging members to interact with others.

In 2018, nearly 7,000 older people were part of approximately 900 groups organised by Re-enagage around the UK. This was made possible by the charity's 12,000 volunteers.

What is the history of Re-engage?

Back in 1965, Trevor Lyttleton became increasingly aware of an older lady who lived close to him in London. She lived alone, with no electricity and this prompted Trevor to do something for her, and other people in her situation. After contacting Marylebone Welfare Department, he and some friends began visiting 12 older people and arranged for them to meet at Hampton Court. Due to the great success of the social group, Trevor made it his mission to set up further groups and this was how the charity was born!

I received a Christmas card from one of the older ladies simply saying: ‘at last I have something to live for!’ and I think this more than anything else made me realise how much more we could do."

Where are Re-engage's groups located?

Re-engage hosts groups all around the UK, quite possibly close to where you or a relative are based.

There is no need to worry about how you are going to get to and from the group meeting point as Re-engage's local volunteers can provide transport completely free of cost.

You can click here to view an interactive map of where all of the groups are located.

Can Re-engage help me?

Are you living alone and finding it a challenge to get out and about?

If so, Re-engage can certainly help you! 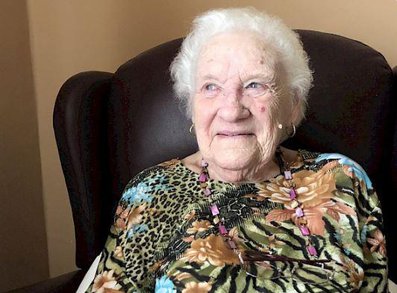 Joyce, aged 87 sadly lost her husband six years ago after 60 years of marriage. She found herself feeling very lonely being by herself at home, without any family living close by to visit. Joyce was finding herself putting the TV on just for company.

Having had enough of feeling socially isolated, Joyce began to look out for local groups that she could go to to meet new friends. Fortunately, she was recommended Re-engage and before she knew it she was being invited to join her local group. She now meets with the group monthly and she loves it. Joyce advises "The thing I love most about the gathering is just being able to talk to people. I have made so many new friends."

How do I join a group?

Do you know of an older person who could be experiencing social isolation, or feeling lonely? If so, Re-engage could be able to help them and give them something to look forward to. Click here to find out how you can refer someone.

Are you looking for care services near you? Please get in touch for free help and advice.